TOP OF THE NEWS

“Chemicals on the move"

SINGAPORE (ICIS)--China's acetic acid market is at a turning point, with price rebound in sight as India's renewed interest would be a succor to Chinese producers. 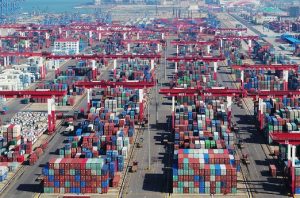 Shipping containers at the port of Qingdao in China (Source: Sipa Asia/REX/Shutterstock)

End-users in India are driven to seek Chinese material as low-priced acetic acid will soon be a thing of the past; prices have since bottomed out.

China, which is a major exporter of acetic acid in Asia, was on holiday on 4-10 February.

"If China’s acetic acid exports to India can recover to normalcy, that will help ameliorate bloated inventories in China after a long stalemate," one Chinese source said.

While some market participants are of the view that India may temper their acetic acid imports ahead of the election in April/May, their current prompt requirements are bolstered by growing downstream acetate demand. India is a major acetate exporter.

Many methanol units in the region will undergo maintenance works in March, as such acetic acid prices are seen trending firmer.

The shift in India's buying pattern is a reversal from late last year when India scoured non-Chinese, lower-priced acetic acid, that eventually led to a slump in India-bound Chinese exports in December 2018. 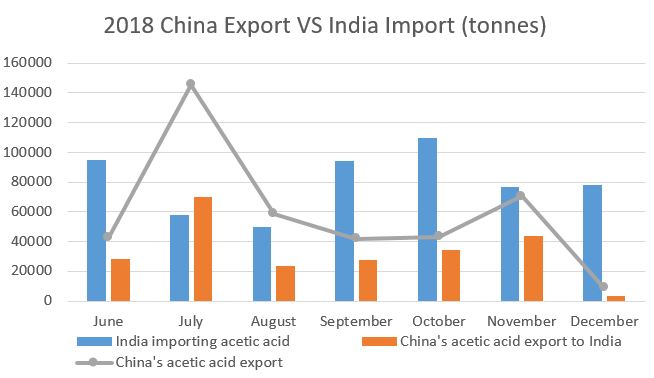 Meanwhile, Chinese producers are operating their acetic acid units at 90% capacity, or equivalent to a daily output of 22,000 tonnes, but the second quarter will tell a different story in view of peak turnaround season.